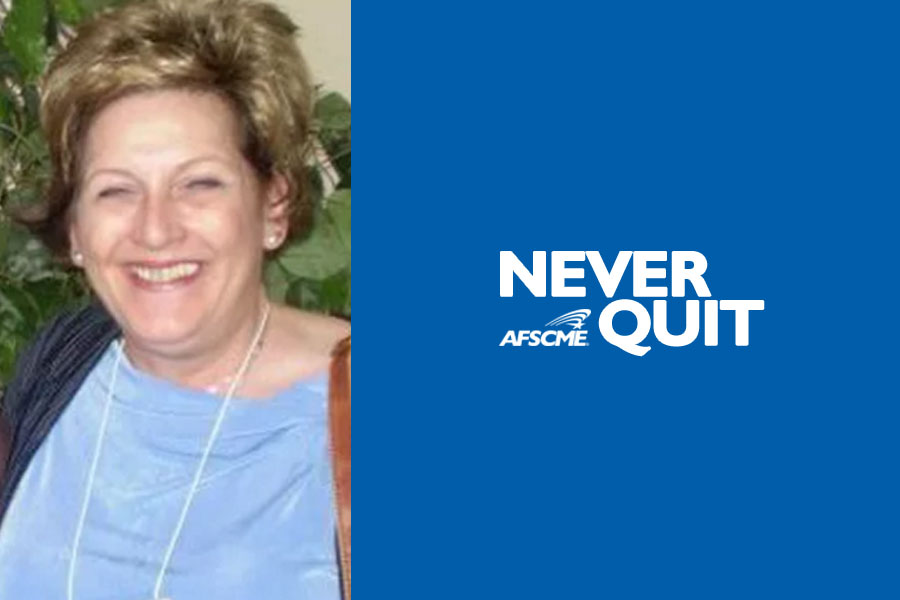 It is with great sadness that we inform you of the passing of our beloved Central Business Agent Gail Penny. We have lost a dear friend and valued colleague. Gail was such an extraordinary person. This is truly a great loss felt by those who knew her and to our community as a whole. She will be profoundly missed by everyone whose lives she touched. Nevertheless, let us remember Gail each time, with a smile upon our faces.
Gail Penny, an amazing human being, passed away unexpectedly, at the age of 64, from heart failure on October 9, 2016. She was many things to countless people and touched a multitude of lives. Gail resided in Visalia, California for the past 27 years and has also been known in the community as Gail Gaffney and Gail Hendershot.
Gail was born on May 5, 1952, in Oakland, California to Jack and Anita Penny. After graduating high school, she proudly served her country in the Navy. After her military service, she worked and went to college, while raising two young children. Gail received her Master’s Degree in Social Work from the University of Wisconsin. When she settled in Visalia, Gail became employed with Tulare Youth Services, where she was an advocate for children’s rights. She then enjoyed serving her community as a psycho-therapist. Her office was in Exeter, California, where she specialized in working with Veterans for a decade. Gail then changed professions and was involved in the mental health field for the Corcoran Department of Corrections for multiple years, where she was very active within her union. She switched gears and spent her last years as a Union Representative with AFSCME Council 57 for mental health employees of the California Department of Corrections. Gail lived life full of passion and was very spiritual. She loved humor and human connection. She always fought for what she believed was right.
Gail’s memory will live on through her loved ones including her daughter Jamie Davis, son Kevin Doyle, grandchildren Brian Davis, Courtney Davis and Neala Aine Doyle, great-granddaughter LeslieAnn Davis, father Jack Penny, brothers Steven and Calvin Penny, sisters-in-law Ginger and Patrice Penny, nephews Brian Pacheco, Kyle Penny, Carson Penny, niece Skye Penny and best friend Cindie Fonseca. Gail’s passing is preceded by her mother, Anita Penny.
We have loved her in life, let us not forget her after death. In loving memory of Gail Penny.
Share This
Related Posts

Resolutions for the Biennial Convention 2019

What is a Resolution? The resolution is one way Union members help determine Local 2620’s…

I am the footer call-to-action block, here you can add some relevant/important information about your company or product. I can be disabled in the theme options.
Get In Touch
Copyright Your Business LLC. 2023 - All Rights Reserved
Back To Top
×