skip to Main Content
Nominations for a FACILITY CHIEF STEWARD for Sonoma Developmental Center are now open!
Nominations will close on Sunday, April 9, 2017, at 5:00 P.M.
QUALIFICATIONS All nominees must be a Local 2620 member for at least six months prior to the election, and must also be members at the time they are sworn in. Union members may nominate themselves or other members.
NOMINATION REQUIREMENTS AND PROCEDURES All nominations must include the nominee’s home and/or cell telephone number, personal e-mail, and the name and phone number of the person making the nomination. This information is required in order for the Elections Committee to verify with the nominee that the nominee is willing to accept the nomination. If the committee is unable to reach the nominee, the person is deemed nominated, per the AFSCME International Elections Manual.
If you nominate yourself, the Elections Committee will not contact you to verify your nomination. Members nominated by someone else will be contacted by the Elections Committee (if the required telephone numbers are provided) to verify their willingness to run and serve in the office.
If more than one qualified nomination is received for this position, a secret ballot mail election will be conducted. If only one qualified nomination is received for this position, no election will be conducted and that member will be automatically elected. If no qualified nomination is received for this position, nominations will remain open.
Nominations will be accepted via mail, fax, e-mail and delivery at the addresses below: E-mail: elections@afscmelocal2620.org Fax: (818) 847-2523 Mail: AFSCME Local 2620/SDC Election 2550 N. Hollywood Way #209 Burbank, CA 91505 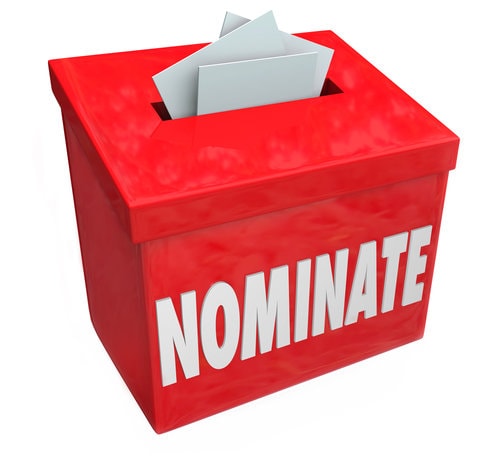